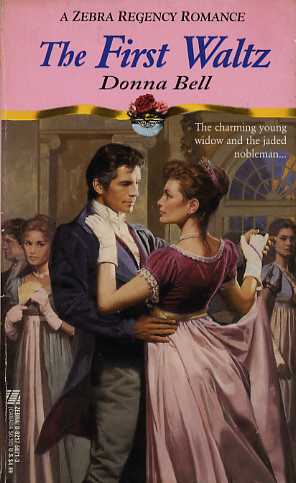 Share:
A SHELTERED LADY
Lady Annabelle Fairfax found London fashions and manners altogether too daring. Once she'd married off her daughter Phoebe she would return to the countryside, where she had lived quietly as a widow for eighteen of her thirty-six years. Little did Annabelle suspect the sly Miss Phoebe's design to marry her off first! Thunderstruck, Annabelle soon found herself the object of several gentlemen's attentions, including the cynical and elegant Sir Neville Colston...whose bold kiss inflamed her sensibilities, but left her doubting his motives. Could her fortune have made her an easy mark?

A WORLDLY BACHELOR
The town, in Sir Neville Colston's estimation, could not compare to the Wars for excitement. Still, it amused him to guide Phoebe in matching up her charming mother. But why did he judge every candidate so harshly? Could his own growing passion for the lovely Annabelle be crumbling his lifelong resistance to getting leg-shackled? And, if the delightful widow should discover herself matched, had the jaded nobleman dealt himself a losing hand in the game of hearts?