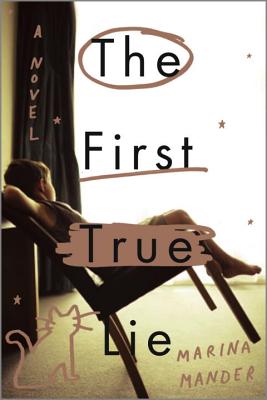 Share:
An utterly compelling, heartbreaking novel that introduces a revelatory young voice to the U.S. market.

Meet Luca, a curious young boy living with his mother, a taciturn woman who every now and then tries out a new father. Luca keeps to himself, his cat, Blue, and his favorite toys -- words. One February morning his mom doesn't wake up to bring him to school, so Luca -- driven by a deep fear of being an orphan -- decides to pretend to the world that his mom is still alive. At first it's easy. Luca dresses himself for school, makes sure Blue gets his dinner, and manages to avoid nosy neighbors. He and Blue camp out in the living room and embark on imaginary expeditions to outer space, and Luca dreams about marrying his school crush, Antonella. Soon, however, the laundry starts piling up, the fridge emptying -- and the smell of Mama's decaying body begins to permate the apartment.

As Luca grapples with what to do, we ultimately witness something much more poignant than the morbid circumstance -- a young boy's journey to the point at which he can say: “I am no longer an orphan. I am a single human being. It's a matter of words.”