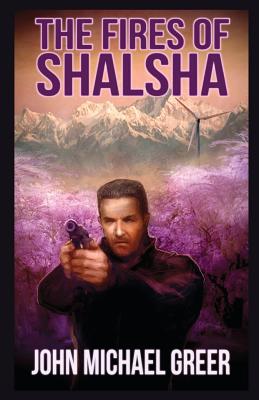 Share:
Centuries after the death of Earth, an ancient evil stirs on the colony world of Eridan. Six killing machines have lunged out of the northern barrens to annihilate an isolated community. The one clue to the motive behind the killings is locked within the shattered mind of the only survivor. As helicopters race through the skies of Eridan and the warrior mystics of the Halka order brace themselves for the struggle, the survivor, Jerre Amadan, is flung headlong into a journey of transformation and terror that will take him to the core of his own mind, to the hiding place of a long-forgotten nightmare, and to the ultimate confrontation with THE FIRES OF SHALSHA.