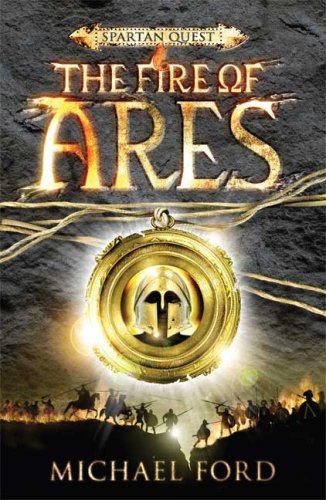 An action-packed tale of honor, glory, and epic battles in ancient Greece.

Lysander, a young Helot slave, knows little about the mysterious pendant he wears around his neck except its name―the Fire of Ares. But when the pendant is stolen, he must fight to retrieve it and fulfill its powerful destiny before it is too late.

"Ford includes plenty of thrilling fights and footraces as he propels his story toward a sequel. Blood and sweat enhance the book's appeal." ―Kirkus Reviews

"Middle-grade boys who love action and vividly depicted battles will seize upon Ford's children's book debut, and they'll encounter a large number of interesting facts about ancient Greece along the way." ―Booklist