The Find of a Lifetime — Susanna Christie 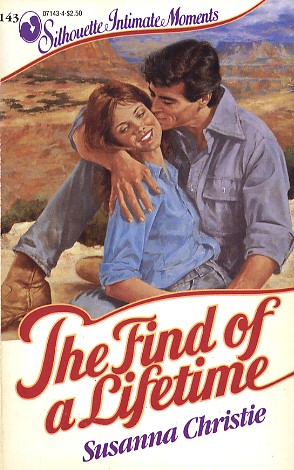 Share:
BETHANY JONES .. .
She was determined to prove her theory that there was a connection between the Anasazi of southern Utah and the ancient Mayas of Mexico, and no one was going to stand in her way.

MAX WERNER .. .
Someone was stealing Anasazi artifacts and selling them for profit. Not only was that illegal, but it was also a crime against his own part-Indian heritage. He didn't want to believe that the redheaded sprite he had discovered was the thief, but evidence was evidence. And she had certainly shown herself capable of theft. Hadn't she already managed the impossible, stealing his well-guarded heart?