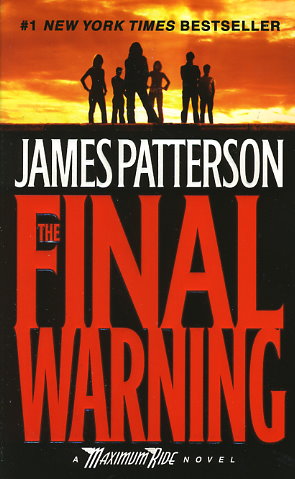 Share:
AS THE WORLD WARMS UP, THE FLOCK FEELS THE HEAT.

The thrill ride wasn't over when Max and her flock of winged kids flew off into the sunset at the end of Saving the World and Other Extreme Sports. Turns out retirement's kind of boring for the flock -- especially when the planet still needs to be saved and they're the only ones capable of doing it. With the help of a group of environmentalists (who just might be trustworthy) and the flock's evolving powers, Max could even tackle a problem as massive as global warming -- but a few things keep getting in her way....

MAX'S PET PEEVES:
- Subhuman billionaires with a penchant for world domination.
- An army of programmed bullies who flex their muscles on little kids.
- Know-it-all older women who make Fang puppy-eyed when clearly Max is the one who should be making his knees weak.
- Being stuck in Antarctica surrounded by white, white, white.
- And the most annoying thing of all: being underestimated.

THE WORLD NEEDS A WAKE-UP CALL, AND EVERYONE IS HITTING SNOOZE. BUT NO ONE CAN IGNORE MAX'S FINAL WARNING.