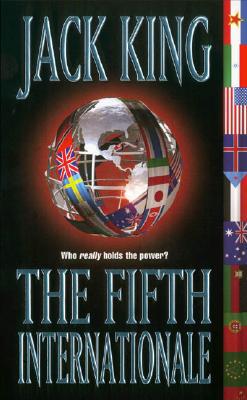 Share:
ONE MAN ALONE .. .
Stan Penskie is an FBI agent working as the legal attache of the American Embassy in Warsaw. It used to be mostly a routine desk job--until a terrible event changed his life forever. Robert Sito, an officer of the Polish Secret Service and an old friend of Stan's, needed to talk to Stan right away. He'd found some pretty incredible information regarding various intelligence agencies around the world. But Robert never had a chance to go into detail . . . before he was killed.

. . . AGAINST THE CONSPIRACY
Stan knows it's up to him to find the killer and uncover the truth. But as Stan digs deeper, more people are murdered and Stan himself becomes the primary target. Someone is trying very hard to prevent the facts from being uncovered. Secrets layer upon secrets and misinformation runs rampant. Can one man battle a clandestine organization comprised of the most powerful people in the world, people who will stop at nothing to protect themselves? Can one man expose the hidden agenda of ... THE FIFTH INTERNATIONALE