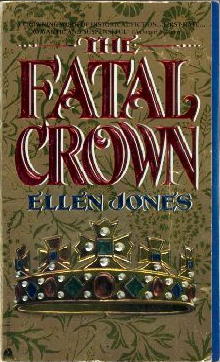 Share:
THEIR PASSION WOULD TEAR A KINGDOM ASUNDER
It was a time of breathtaking pageantry --- of treachery and unbridled ambition --- when an aging King Henry I sowed the seeds of unrest and civil war throughout the land by naming his daughter, Maud, heir to the coveted throne of England. Beautiful and headstrong, she vowed never to relinquish the crown that was rightfully hers --- defying the powerful forces that aligned against her and behind her golden-haired cousin, Stephen of Blois, Maud's most dangerous rival . . . and her secret lover.
LUST FOR POWER WOULD TEST THEIR LOVE
Both proud and willful, with the blood of William the Conqueror surging through their veins, the magnificent passion of Maud and Stephen would war with their separate, unquenchable thirsts for sovereignty --- yet a bold, breathless and forbidden love would miraculously endure the raging fires of history.