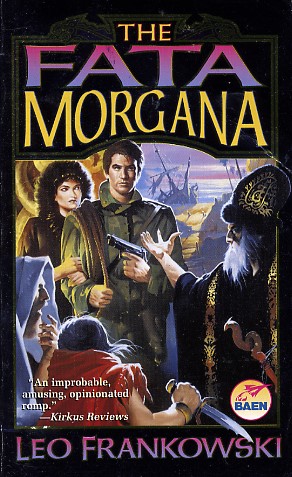 The ancient tales of European Man, carefully recorded by pious monks and hedge wizards alike, are insistent about the Western Isles.

One of the tales of Doubting Thomas, the apostle, has it that he Christianized these islands and stayed there until the end of his days. The Arthurian legends clearly state that Arthur's father, Uther, came from the Western Isles. Lyonesse was a part of the Western Islands, as was the City of Ys, Avalon, and the Land of Dahout. Up until the time of the First Crusade, there are records of pilgrims visiting the holy sites of the Western Island

The Icelandic Eddas make similar references. Modern sailors and travelers sometimes sight great, many-tiered cities near the ocean's horizon, but these people are rarely believed. It is easier for modern, technocentric man to believe in an optical illusion, the Fata Morgana.

This book is about two modern, hardheaded engineers who find the Western Islands.