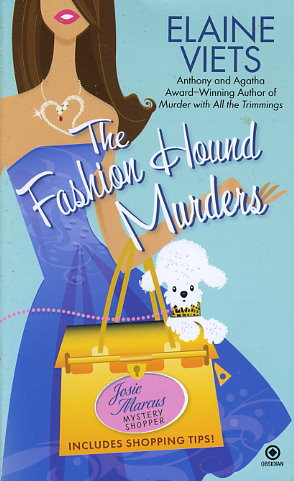 Share:
Mystery shopper and mom Josie Marcus knows how to keep a low profile -- in style. On her latest assignment she finds that some people in the adorable world of canine couture are really bad to the bone.

Josie had no idea that the business of fashion-forward puppies could get so ugly -- until she's hired to check out a big pet store's involvement with puppy mills. After she gets a tip from a disgruntled pet shop employee named Edna, Josie discovers that behind the cashmere sweaters and bejeweled collars, cruel means of breeding designer dogs are being used.

While working the case, she's led to a puppy mill and sees the horrible conditions firsthand. Something has to be done, and she has the footage from her hidden camera to prove it. But when Edna is found dead, Josie realizes that sinking her teeth into this cause just might land her in the doghouse.