The Far Side of the Sky — Daniel Kalla 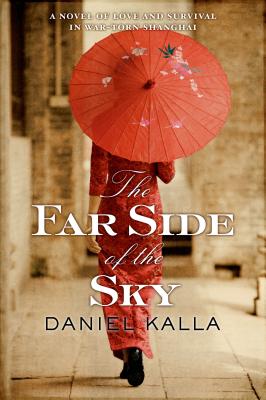 Share:
November 9, 1938 -- Kristallnacht -- the Nazis unleash a night of terror for Jews all across Germany. Meanwhile, the Japanese Imperial Army rampages through China and tightens its stranglehold on Shanghai, a city that becomes the last haven for thousands of desperate European Jews.

Dr. Franz Adler, a renowned surgeon, is swept up in the wave of anti-Semitic violence and flees to Shanghai with his daughter. At a refugee hospital, Franz meets an enigmatic nurse, Soon Yi “Sunny” Mah. The chemistry between them is intense and immediate, but Sunny's life is shattered when a drunken Japanese sailor murders her father.

The danger escalates for Shanghai's Jews as the Japanese attack Pearl Harbor. Facing starvation and disease, Franz struggles to keep the refugee hospital open and protect his family from a terrible fate.

The Far Side of the Sky focuses on a short but extraordinary period of Chinese, Japanese, and Jewish history when cultures converged and heroic sacrifices were part of the everyday quest for survival.