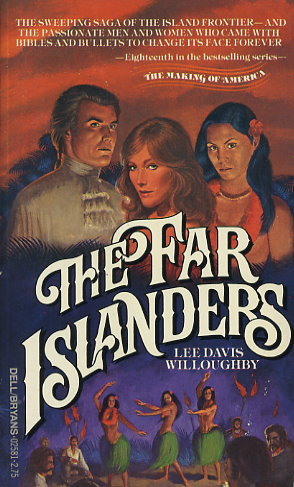 In the turbulent years of the nineteenth century, men and women came to Hawaii as settlers from mainland America, some bringing Bibles, some bringing bullets. They found an exotic world, ripe for salvation--and ravishment.

Among the newcomers was the rugged Yankee sea captain, Lorrin O'Lee. Caught between the lure of a sensual American heiress and the excessive love of a native princess, he was swept into a whirlwind of intrigue and violence that would forever change the face of the land whose most abandoned sinners called Paradise.