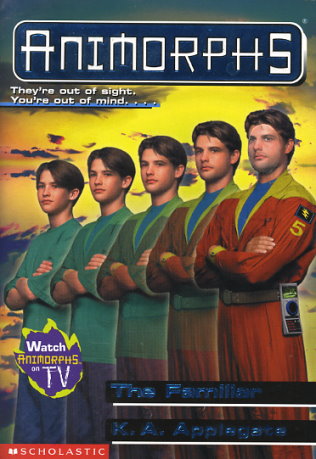 Share:
We can't tell you who we are. Or where we live. It's too risky, and we've got to be careful. Really careful. So we don't trust anyone. Because if they find us . . . well, we just won't let them find us.

The thing you should know is that everyone is in really big trouble. Yeah. Even you.

Jake is just a normal kid. Well, as normal as possible considering he can morph animals, and he's in a war against parasitic aliens. But as unbelievable as it sounds, something even stranger has happened. One morning Jake wakes up, and he's twenty-five years old.

Okay. Maybe it's some kind of weird hallucination. Maybe it's a nightmare. Or maybe Jake's just lost it for a while and misplaced a few years. And there's another problem. The world Jake-the-kid went to sleep in has changed. It's ruled by the Yeerks. Jake has to find out if the other Animorphs and Ax are still around. Still somehow fighting. Or if he's really on his own. . . .