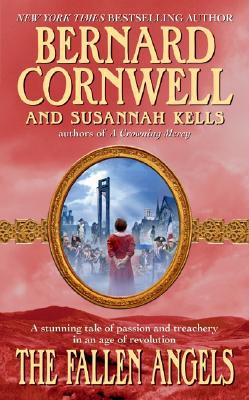 Share:
The Reign of Terror has washed the streets of France blood-red. And in England a terrified aristocracy awaits the next blow.

Secure in their wealth and power, the noble Lazenders remain safe from history's violent storm behind the walls of their opulent "little kingdom." But theirs is a house under siege. With the family's heir, Toby Lazender, away in revolution-torn France hunting the brutal murderers of the woman he loved, a secret cabal of powerful and dangerous assassins -- the Fallen Angels -- conspires to bring the chaos to England's shores by seizing the vast resources of Lazen Castle.

And only one obstacle stands in their way: Toby's sister, Lady Campion Lazender. Caught in an ever-tightening net of conspiracy, Campion sees treachery all around her -- even as she follows a mysterious horseman into a realm of fascination and desire. And in the clashing of nations -- as traitors, spies, and their masters move furtively through the night -- Campion's heart could be leading her to destruction ... by the hand of one she trusts above all.