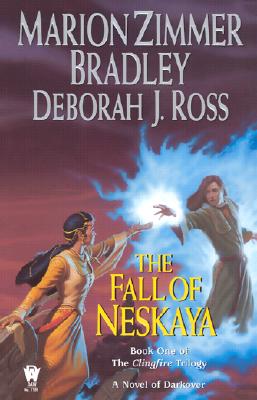 High in the mountainous Hellers, Corin Leynier, adolescent son of a minor nobleman, wakes from a nightmare of ravening forest fire, only to find that the fire is real. Running toward the fire lines, Corin fights to suppress waves of nausea and dizziness--feelings that have become more and more frequent over the passing months--to help his kinsmen. As the inhabitants of Verdanta lands, nobleman and commoner alike, struggle hopelessly to contain the worst fire in memory, all seems lost, and Verdanta doomed by uncontrollable flames, until help arrives unexpectedly in the person of Rumail, laranzu of Neskaya Tower. At Rumail's summoning, Tramontana Tower sends fire-fighting chemicals carried by air-glider, and the fire is finally contained.

But Rumail has not come to Verdanta on an errand of mercy. He has come with the express intention of testing the Leynier children for laran potential, and quickly realizes that Corin is in the throes of "threshold sickness" a potentially deadly illness that accompanies the awakening of powerful laran. He offers to monitor Corin, and arrange for him to enter Tramontana Tower for training. But during Rumail's examination, Corin senses something terribly wrong--he knows that Rumail has implanted a seed of evil deep within his mind--yet when he wakes, he finds he cannot speak of it.

For unknown to the Leyniers, Rumail is the nedestro brother of the powerful and corrupt King Damian Deslucido. Damian has enlisted the help of his laranzu brother in his plans of conquest--plans to unite all Darkover under one tyrannical rule--his own--and Rumail will stop at nothing--not even unethical use of his telepathic powers -- to help his brother achieve his bloody and vainglorious aim.