The Fairest of Them All — Carolyn Turgeon 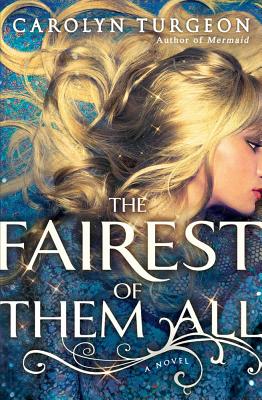 Share:
In this kingdom, only one fairy tale can end with happily ever after.

In an enchanted forest, the maiden Rapunzel's beautiful voice captivates a young prince hunting nearby. Overcome, he climbs her long golden hair to her tower and they spend an afternoon of passion together, but by nightfall the prince must return to his kingdom, and his betrothed.

Now king, he weds his intended and the kingdom rejoices when a daughter named Snow White is born. Beyond the castle walls, Rapunzel waits in her crumbling tower, gathering news of her beloved from those who come to her seeking wisdom. She tries to mend her broken heart but her love lingers, pulsing in the magic tendrils of her hair.

The king, too, is haunted by his memories, but after his queen's mysterious death, he is finally able to follow his heart into the darkness of the forest. But can Rapunzel trade the shadows of the forest for the castle and be the innocent beauty he remembers?