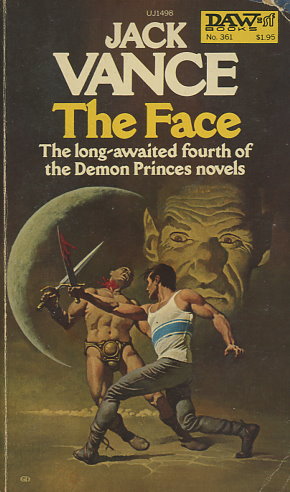 Share:
There had been five cosmic villains on Kirth Gersen's vengeance list. There were now just two left. The Demon Prince named Lens Larque was the one who next crossed Gersen's path.

As each of the five planet-slayers were different from one another, so too was Lens Larque. He was personally ugly, he came from a planet with an appallingly vicious culture, and he was arrogant above all others.

Kirth Gersen realized that this was going to be a tough nut to crack. But would it be even possible? For Larque was not only well hidden, he had a mission of villainy that overrode all the other villainies in Gersen's file, and his personal obsession was based upon an enormous and very real foundation in sadistic power.