The Eye of the Needle — Ken Follett 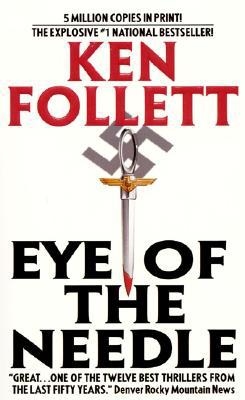 It is 1944 and weeks before D-Day. The Allies are disguising their invasion plans with a phoney armada of ships and planes. Their plan would be scuppered if an enemy agent found out... and then, Hitler's prize agent, “The Needle”, does just that. Hunted by MI5, he leads a murderous trail across Britain to a waiting U-Boat. But he hasn't planned for a storm-battered island, and the remarkable young woman who lives there.
Reviews from Goodreads.com