The Experience of Defeat — Christopher Hill 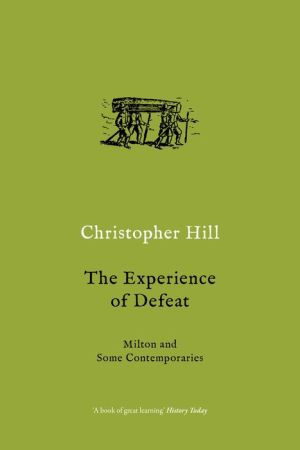 Share:
What happened to the radicals when the English Revolution failed?

The Restoration, which re-established Charles II as king of England in 1660, marked the end of “God’s cause”—a struggle for liberty and republican freedom. While most accounts of this period concentrate on the court, Christopher Hill focuses on those who mourned the passing of the most radical era in English history. The radical protestant clergy, as well as republican intellectuals and writers generally, had to explain why providence had forsaken the agents of God’s work.

In The Experience of Defeat, Christopher Hill explores the writings and lives of the Levellers, the Ranters and the Diggers, as well as the work of George Fox and other important early Quakers. Some of them were pursued by the new regime, forced into hiding or exile; others compelled to recant. In particular Hill examines John Milton’s late work, arguing that it came directly out of a painful reassessment of man and society that impelled him to “justify the ways of God to Man.”