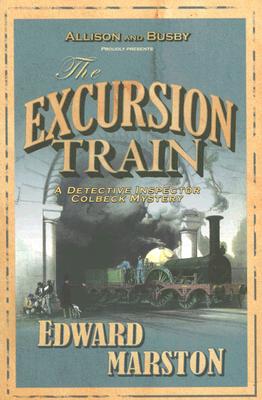 A PERPLEXING NEW CASE FOR THE RAILWAY DETECTIVE

On the shocking discovery of a passenger's body on the Great Western Railway excursion train, Detective Inspector Robert Colbeck and his assistant, Sergeant Victor Leeming, are dispatched to the scene. Iaced with what initially appears to be a motiveless murder, Colbeck intrigued by the murder weapon -- a noose. When it emerges that the ctim had worked as a public executioner, Colbeck realises that this ' ust be intrinsically linked to the killer's choice of weapon. However, the further he delves into the case, the more mysterious it becomes. And when a second man is strangled by a noose on a train, Colbeck knows that he must act quickly; can he catch the murderer before more lives are lost?

Set in Victorian England and rich in historical detail, The Excursion Train will hold you captivated from the beginning to the end of its journey.
Reviews from Goodreads.com