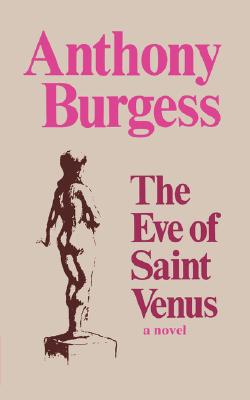 “This romp through a rural English manor and its ritualistic mannerisms is a glittering entertainment, a grab-bag of allusions, images, and rhetorical gems that Burgess (an opulent king of the Queen’s English) profligately casts away like mere baubles. . . . [His] verbal and dramatic alchemy turns the dross of caricature inscribed on the pedestal of an engaging fable. Sensuous, irreverent, erudite. . . . An epithalamium to the sacred, happy marriage of language and literature.” ―Saturday Review Here is a midsummer night’s dream of a novel, Anthony Burgess in a mood of comic whimsy. A baronet, Sir Benjamin Drayton, has received a consignment of stone statues of gods and goddesses, including Venus. A ring slipped on Venus’s finger by a young man about to be married upsets a number of arrangements, including the wedding plans.
Reviews from Goodreads.com