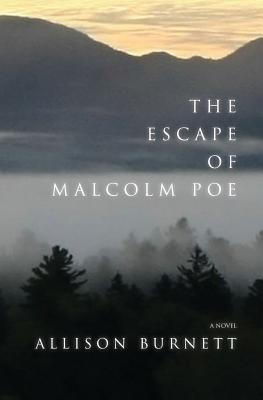 For the past ten years, Malcolm Poe has dreamt of escape. His plan is simple: The day his youngest child starts college, Malcolm will leave his devoted wife to resume the creative life he abandoned for marriage. As the hour of his departure nears, Malcolm buys a blank notebook to chronicle the riot of his memories, passions, regrets, and aspirations. The Escape of Malcolm Poe is a hilarious ascent into the deluded imagination of a middle-aged man who believes it is never too late to start over.
~
NOVELIST RICHARD KRAMER WRITES:
"Meet Malcolm Poe. He has decided, at a turning point in his life, to keep a journal in which he intends to confront his present, his past, his choices, and -- most of all -- his ghosts, which have all come back to haunt him, in a way that anyone who's reached fifty will identify with all too well. He tells us, as the book opens on New Year's Eve, that "this year my only resolution is to escape." Whether he does or doesn't is the tension of Allison Burnett's marvelous new novel, The Escape of Malcolm Poe.

Malcolm is soon to be fifty. He hates his job. He is or isn't very ill. And he's been married for twenty-five years to a gracious and loving woman with whom he feels hopelessly trapped.  The book opens with the announcement to his readers that he's gone off his anti-depressants, and now, all that he's been numb to for so long breaks through -- his fears, his ideas about himself and the choices he's made, and his alternately scabrous and loving feelings toward those who love him. He can no longer hide from the truth and no longer wants to, and we accompany him as he tumbles back and forth through time, to those moments half a life earlier when he believes it all could have gone differently. Malcolm is mean-spirited, self-deceiving, hurtful to others, and foolish. He is also hilarious and deeply sympathetic, despite his considerable efforts not to be. He infuriated me, and he broke my heart, and I was with him every step of the way.

The Escape of Malcolm Poe is haunting, elegant, and wise. Burnett knows Malcolm well and clearly loves him, and because of this, I felt for his prickly hero from the first pages and realized how he'd gotten to me when, in the course of my day, I found myself seeing things as he might. I read it straight through, as I didn't want to leave his company. He has much to say, and a reason to say it all right now, as authentically as he can. He knows that time is running out, because that's what time does, and not much more. Sometimes we're lucky enough to see this.  When we do, we realize we have to try to know ourselves and let others know us; that it is now or never.  Malcolm Poe chooses now. We choose it with him. The way he faces it is a triumph, as is this book."
- Richard Kramer is the author of the novel These Things Happen, as well as the Emmy and multiple Peabody award winning writer, director and producer of numerous TV series, including Thirtysomething, My So-called Life, Tales of the City, and Once and Again.
Reviews from Goodreads.com