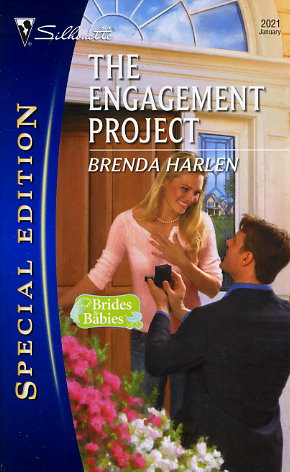 Share:
HE WAS TOTALLY OUT OF HER LEAGUE
Megan Roarke had a secret crush on Gage Richmond -- but what woman didn't? The gorgeous heir apparent to his family's pharmaceutical company was also a legendary playboy. So why had her boss selected his plain-Jane employee to be his temporary fiancee?

UNTIL HE PROPOSED!
It was only supposed to last six months -- so Gage could win a coveted promotion. But once his sweet, shy employee accepted his offer -- on the condition he accompany her to her high school reunion -- everything changed. Falling for Megan was the easy part. Now if Gage could just convince her that they were ready for the next step -- that fateful walk down the aisle...