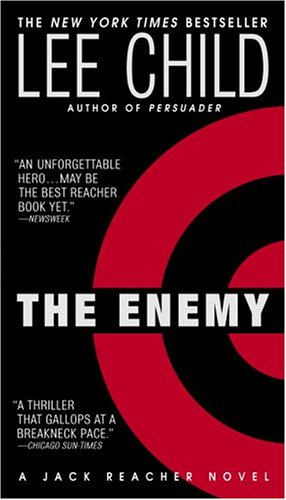 Jack Reacher. Hero. Loner. Soldier. Soldier's son. An elite military cop, he was one of the army's brightest stars. But in every cop's life there is one case that changes everything. For Jack Reacher, this is that case....

New Year's Day, 1990. In a North Carolina motel, a two-star general is found dead. His briefcase is missing. Nobody knows what was in it. Within minutes Jack Reacher has his orders: Control the situation. Within hours the general's wife is murdered. Then the dominoes really start to fall....

Somewhere inside the vast worldwide fortress that is the U.S. Army, Reacher is being set up as a fall guy with the worst enemies a man can have. But Reacher won't quit. He's fighting a new kind of war--against an enemy he didn't know he had. And against a conspiracy more chilling, ingenious, and treacherous than anyone could have guessed.
Reviews from Goodreads.com

With the Berlin Wall coming down in 1990, The Cold War is ending. There will be a military downsizing and certain commands don't want to see their units effected.

Maj. Jack Reacher is suddenly transferred to a new post and is the duty officer of the Military Police when he gets a call that a two-star general has been found dead in a seedy motel. When Reacher goes to the general's home to notify next of kin, he finds the general's wife has been murdered.

Reacher learns that the general was on his way to an important meeting and that his briefcase, containing the meeting's agenda, is missing. When he continues to investigate, he's ordered to refrain because it could bring embarrasment to the military.

Reacher and the young officer assisting him, Lt. Summer, feel that it would be unprofessional to stop the investigation without finding who was guilty, so they continue at the risk of their careers.

There is a conflict with a Delta Forces unit when one of their sergeants files a complaint against Reacher and then something happens to the man. His unit tells Reacher that he has one week to find the guilty person or he will have to answer to them.

This is a page turner in the highest sense of the phrase. Reacher is one of the best action characters in literature and his bravery and dedication are shown here as never before. Many readers wanted to know why Reacher left the military and in this story, the author tells the events that led to his resignation from active duty. 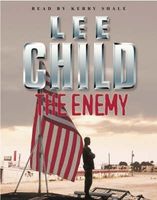 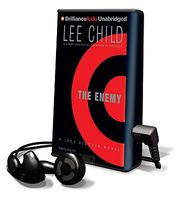