The End of Asquith — Michael Byrne 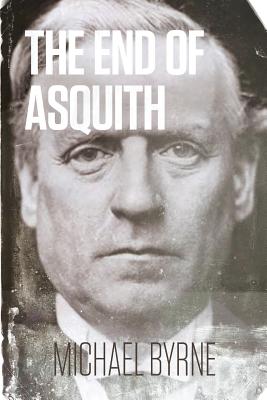 Share:
London, December 1916. In the middle of the world's most deadly war, a political coup grips Westminster. The carnage of the Somme, the failure of the Dardanelles campaign, and the Easter Rising in Dublin have all left Britain's coalition government in disarray. The press is in open revolt and the prime minister, Herbert Asquith, is under sustained attack from political opponents and key members of his own party. Against this backdrop of mounting chaos, four politicians meet to consider their options. Edward Carson, militant Ulster Unionist and former Conservative attorney-general. Max Aitken, the future Lord Beaverbrook, now a backbench Conservative MP and journalist. Andrew Bonar Law, leader of the Conservative and Unionist Party. And - most dangerous of all - David Lloyd George, the Liberal War Secretary. Over three weeks in the dying days of 1916 these four men engineer a stunning political coup. They force the prime minister to resign. The End of Asquith is a historically faithful, ﬁctionalised account of Herbert Asquith's last days in office. It shows the prime minister slowly realising the emerging threat to his position and dealing with the concerns of his wife Margot, the friendship of those who stay loyal to him throughout the crisis, and the alarm of the king as his government collapses just as the war enters its most dangerous phase. An intimate and moving portrait of a politician facing the end of his long career, The End of Asquith recounts the dramatic removal from office of the last leader of a Liberal government in England.