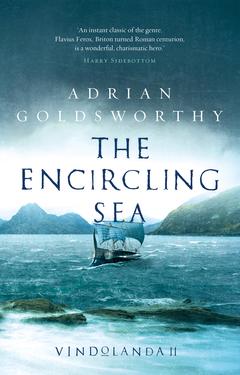 
AD 100: Flavius Ferox, Briton and Roman centurion, is finding it hard to keep the peace. Based at Vindolanda – an army fort on the northern frontier of Britannia and the entire Roman world – he feels the eyes of his enemies on him at all hours.
Ambitious leaders sense a chance to carve out empires of their own. While men nearer at hand speak in whispers of war and the destruction of Rome.
And out at sea, ships of pirates and deserters restlessly wait for the time to launch their attack on the empire's land.