The Empire of the Wolves — Jean-Christophe Grange 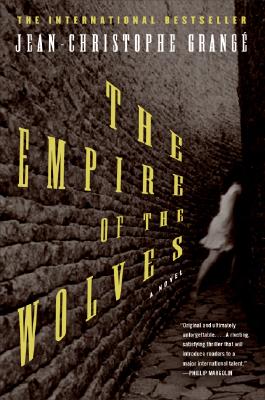 
The international sensation -- a riveting and electrifying blend of mystery, terror, and tense, violent action
Anna Heymes fears she is losing her mind. The wife of a top-ranking Parisian official, she suffers from amnesia and terrifying hallucinations -- a living nightmare made more horrifying when psychiatric testing reveals that Anna has undergone drastic cosmetic surgery . . . though she cannot recall when or why.
In the tenth arrondissement of Paris, a rookie police inspector and a seasoned veteran called out of retirement investigate the horrific murders of three anonymous young women -- illegal Turkish aliens who could not have deserved such a brutal, inhuman death.
From the murky night streets of clandestine Paris to the teeming fleshpot of Istanbul, two bizarre and terrible stories will become one -- as prey and predator, manipulated and manipulator come together in a storm of blood and fury . . . in the hideous shadow of the wolf.