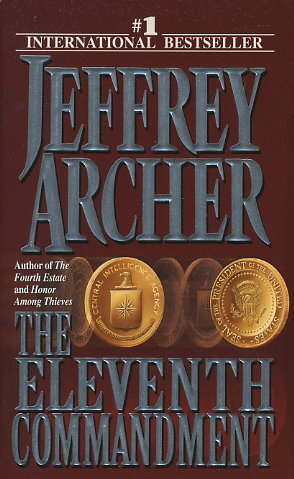 THE ELEVENTH COMMANDMENT.
Connor Fitzgerald is a professional's professional. Holder of the Medal of Honor. Devoted family man. Servant of his country. CIA assassin. Days before his retirement from the Company, Fitzgerald comes face-to-face with an enemy who, for the first time, even he cannot handle -- his own boss, Helen Dexter, Director of the CIA.

THOU SHALT NOT BE CAUGHT.
But Dexter's stranglehold on the Agency is threatened by a power greater than her own, and her only hope is to destroy Fitzgerald. Meanwhile, on the other side of the world, a new threat to national security is emerging: a ruthless hardline Russian president who is determined to force a military confrontation between the two superpowers. It's up to the intrepid Fitzgerald to pull off his most daring mission yet -- save the world . . . and his own life.