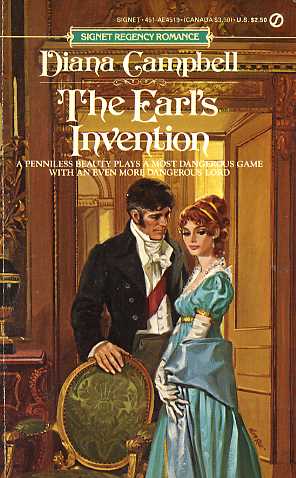 Well-bred but impoverished Miss Bonnie Gordon let herself be persuaded by the Earl of Sedgewick to pose as his niece. Thus the earl could put a damper on the leechlike greed of prospective heirs to his vast estate and the possessiveness of the women who swarmed around his handsome person.

But Bonnie did not count on the perils of the part she had to play -- the open wrath and naked threats of the lovely and livid Lady Pamela Everett...the howls of the sharp-clawed bits of muslin whom the earl wished to cast off...the Machiavellian machinations of the furious Hellier clan who saw their dreams of enormous wealth waning.

But most dangerous of all was the earl himself, who was thoroughly committed to his status of unwedded bliss and would surely break the heart of any young lady foolish enough to fall in love with him...