The Eagle and the Bull — Judith Geary 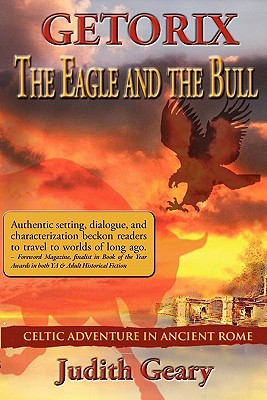 
Getorix has one last opportunity to prove himself a hero. At "almost fifteen winters" he marches beside his father, a defeated Celtic leader in a Roman Triumph-- a celebration that ends in death for the defeated. Instead, he faces slavery, a fate worse than death. Can Getorix accept friendship with the Roman who spares his life if the cost is his honor? Modern readers will find that these two youths from opposing cultures inhabit a strangely familiar world.