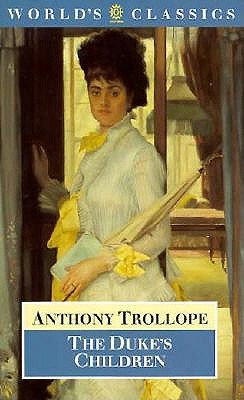 Share:
`No-one probably, ever felt himself to be more alone in the world than our old friend, the Duke of Omnium, when the Duchess died.'

Her death leaves to the Duke the care of his three wilful children, and to the children the continuing social education of their father. The eldest, Lord Silverbridge, has been sent down from Oxford; the second son, Lord Gerald Palliser, is doing indifferently well at Cambridge; Lady Mary Palliser, the only daughter, is determined on what seems to her father an unsuitable marriage.

While the Duke must learn to live with the uncomfortable fact that 'nothing will ever be quite what it used to be', his heir, Lord Silverbridge, must acquire, his father hopes, a respect for justice, self-sacrifice, and honour, an 'age and flavour', and, not least, a suitable wife. The rival claims of Lady Mabel Grex and Isabel Boncassen, the American granddaughter of a Dutch dock-worker, are emblematic of the claims on the Palliser family: tradition against progress, codes of duty against natural feelings.

The Duke's Children is the sixth and last of the Palliser novels (1864-80), which together provide an exceptionally rich and telling exposé of the British way of life during the period of its greatest prestige.