The Dreamer and the Deceiver — Alex Villavasso 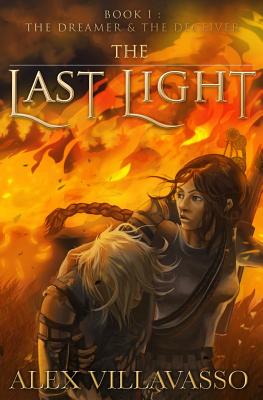 Emil is a wanderer, a fugitive from an unjust law, and being alive is his only crime. Emil is an Abnormal - a seemingly normal human being gifted with superhuman abilities. From the second Emil first channeled the light energy his body produced, his life was no longer his own. Abnormals like him are forced to join the king's covert division named Legion to enforce his tyranny, or be put down like beasts. For years Emil has been able to evade the hand of the king and his capture by Legion, until on a seemingly normal night Emil's village is ambushed, and he is forced to helplessly watch as a fire-manipulating Abnormal sent by the king leads a massacre that destroys everything he loves. Enraged and sick of running, Emil swears a path of revenge. For the ones he loves he picks up the sword to single-handedly bring justice to a dying world and serve as the last light in a world covered in darkness.
Reviews from Goodreads.com