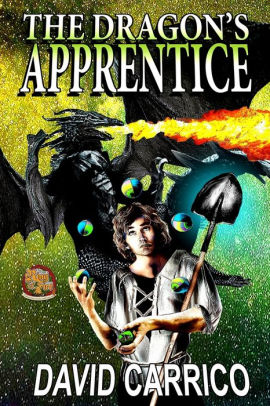 Share:
Evann, having survived meeting dragons and becoming a wizard, is in a tough situation. He has no idea how to handle the spells he's learned. So he's come to the city of Morshton to find a wizard to teach him. He's taken on by Quinton, reputed to be the best wizard in the city, who tells Evann he's in much deeper trouble than he realizes. He's not supposed to have these spells at all. They could burn his mind out. Meanwhile, Evann's friend Rufous, the new Solon of the dragons, finds himself on the verge of a war with the goblins, who have accused a dragon of stealing some of their magic weapons. In the course of his search for the supposedly guilty dragon, he learns some of the history involved and begins to suspect there's more going on than the goblins had told him. Evann's training progresses, despite some frightening episodes, as does Rufous' search. But when the search finally uncovers the lair of the mysterious dragon, Rufous finds he has come into a trap. Meanwhile, Evann witnesses a triple murder which seems to have been committed by a goblin-and a spell marker painted on a wall in the victims' blood. The fate of the dragon and his apprentice are welded together again. They'll need each other just to survive, much less triumph against their enemies.