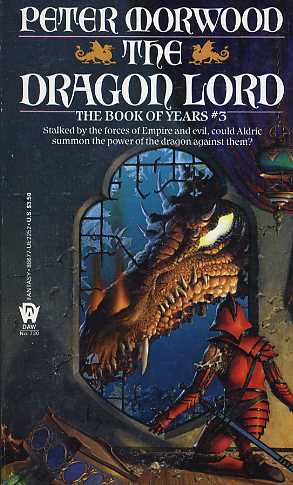 leads Aldric into the heart of the Drusalan Empire on a secret mission for his lord. But, betrayed by his overlord, Aldric has been abandoned in the land of his enemies. And now he must choose between carrying on the task he has pledged on his honor to complete or fleeing from almost certain doom.

Yet as the enemy's trap closes around him, neither the forces of Empire nor Aldric himself are aware of the powerful allies who are riding to his aid. The wizard Gemmel, wielder of the Dragonstaff, and Dewan, incomparable warrior and strategist, will use every power of sword and spell to find and reach Aldric in time. But can even they aid Aldric against the perils which await him, from dark and deadly sorcery fueled by a madman's hatred to the dangerous attentions of an omnipotent dragon!