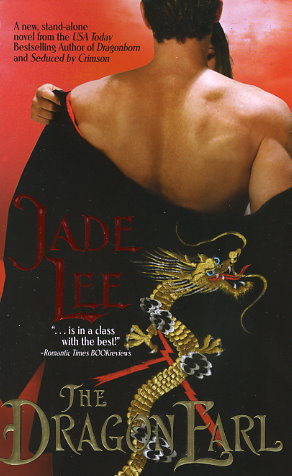 
ONE MAN
A Chinese monk striding down the aisle was the first shock at countess-to-be Evelyn Stanton's wedding. To watch him dispatch three groomsmen, unarmed, and to learn that he was white and the long-lost heir to the Earldom of Warhaven, was the second. He would be her husband?

ONE MISSION
After the slaughter of his family in far-off China, Jacob Cato found sanctuary. In a Xi Lin temple he learned to be strong, but now he had a grander goal: to reclaim his English heritage and the woman he'd left behind.

ONE DESTINY
Revenge. It poisoned everything he'd learned, everything he'd done, and yet every fiber of Jacob burned for it--just as he burned for the beautiful but very English Evelyn. Long ago, the conspiracy to kill his family had stranded him, lost Jacob in the exotic East and made him unrecognizable to his countrymen...and women. He had not forgotten that past. It was to make peace that he had returned. The manner was yet to be decided.