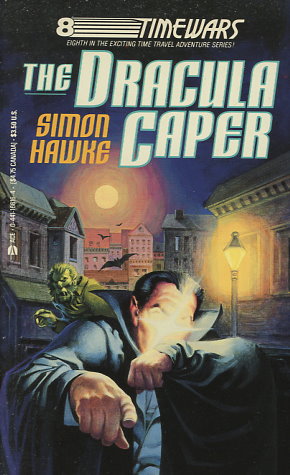 A plague of vampires and werewolves falls on Victoria's England in the late 1800s -- but there's nothing supernatural about these creatures. They're genetically engineered monsters from the far future, dropped into the past as a devilish tactic in the Time Wars!

It's a mystery more baffling than any penned by Sir Arthur Conan Doyle -- a cosmic riddle to stagger the imagination of the great H.G. Wells. Soon the creators of Sherlock Holmes and The Time Machine join forces with the Time Commandos to combat an ageless evil which strains the very fabric of the universe!
Reviews from Goodreads.com