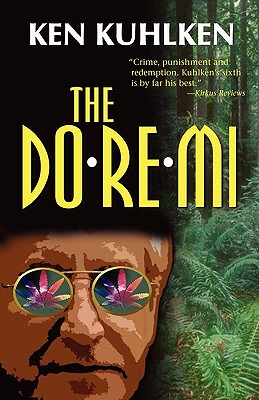 It's late summer, 1972, up in California's redwood forests. They seem a "safe and wondrous place," but some of Evergreen's population is growing pot up in the trees and others are bent on stealing it. Then there's the coming folk festival, a jamboree bringing in musicians, fans, war protestors--a ferment of flower power (the local hippies), raw power (the local biker gangs, notably the Cossacks), and the power of the law (local and federal). Skirting the edges are shades of the Manson Family and the Mexican Mafia. Clifford Hickey, scheduled to perform a guitar gig at the festival before trucking off to law school, arrives at his brother Alvaro's peaceful woodland campsite. And within moments Alvaro, combat trained, is faced with six armed men in badges crashing the camp, and runs. Clifford, surprised, is arrested and brutally cuffed, so brutally he fears for his hands. He then learns that a young man, one of the sheriffs' nephews, has just been murdered. Alvaro is the posse's quarry. So here's Clifford, on the brink of adult life, pitched into not just a murder but what develops into a duel between the Hickeys--for his father and mother soon drive up--and the law, between the Hickeys and the Cossacks--who seemingly have their own agenda for Alvaro and, between the Hickeys and the locals, and finally between the Hickeys and their own past. Ken Kuhlken won St. Martin's Best First Private Eye Novel contest for the first Hickey family case, The Loud Adios.
Reviews from Goodreads.com