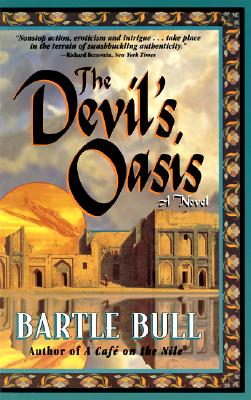 All the treacherous intrigue of cosmopolitan Cairo and fiery drama of Rommel's desert war in Africa continue the stirring historical adventure of the masterly Bartle Bull's two previous novels, The White Rhino Hotel and A Cafe on the Nile. It is now 1942, and Nazi Germany stands at the height of its power. In North Africa the brilliant general Rommel's panzers threaten the Suez Canal, the Middle East's oil fields, and the trade route to Asia, but to win Egypt Rommel must first take the port of Tobruk and destroy the British fortress of Bir Hakeim. There, against the massive force of Rommel's Afrika Korps, a young English hussar named Wellington Rider fights beside the French Foreign Legion. Wellington's father, the professional hunter Anton Rider, is now operating as a desert commando and is engaged in the obliteration of Nazi air bases and petrol dumps. Not only has Anton's old friend Ernst von Decken, a German soldier of fortune, meanwhile become the enemy, but also Anton's estranged wife has entered into an affair with a Frenchman who supports Rommel's campaign. Alliances shift, loyalties deceive, espionage thrives, and peril lies as much in the dark corners of Cairo as it does in the desert night. "...after three volumes of nonstop action, eroticism and intrigue, we still care about what happens to ... Mr. Bull's extravagant cast."—Richard Bernstein, New York Times "A World War II page-turner that's part Masterpiece Theatre, part Raiders of the Lost Ark, part Casablanca."—Washington Post
Reviews from Goodreads.com 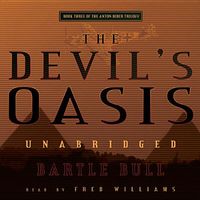