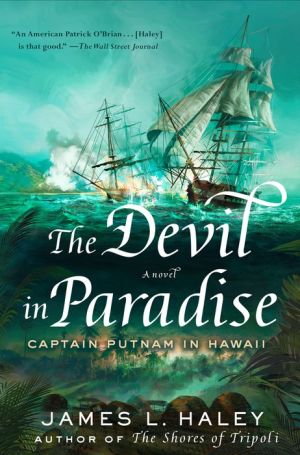 Captain Bliven Putnam returns, venturing into the Pacific to fight pirates in Malaya and match wits with the royals in Hawaii, in this next installment of award-winner James L. Haley's gripping naval saga.

Following the naval victories of the War of 1812 and the Second Barbary War, the United States is finally expanding its navy to take a place of prominence in world affairs. Bliven Putnam, now Captain of the sloop of war Rappahannock, has come into his own as a leader and is ordered to the Pacific. But with this new tour of duty to last more than two years, his patient wife, Clarity, unwilling to accept such a brief time together, at last puts her foot down. If she can't keep Putnam with her, then she'll just have to go with him.

As Putnam sets sail for his new home port in Honolulu, Clarity joins a new missionary effort from Boston to Hawaii. On their respective paths, the Putnams encounter a new breed of pirate and meet an unexpected force of nature: Kahumanu, the formidable queen of the Hawaiian Islands. Inspried by the real-life Olowalu Massacre and the famed Congregationalist missoin of 1819, this third outing will be unlike any adventure the Putnams have faced before.
Reviews from Goodreads.com