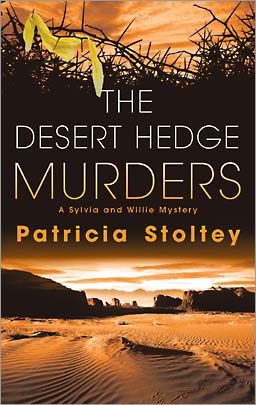 
Accompanying her mother's travel club of free-spirited octogenarians on their trip to tour ghost towns out West isn't exactly Sylvia Thorn's idea of fun. The ex-FBI agent and former Miami judge's lack of enthusiasm deepens with the discovery of a body in the bathtub of a Nevada hotel room. Sylvia suspects at least one of the feisty "Florida Flippers" has a secret. Especially when a member of the group disappears -- and turns up dead in an abandoned gold mine.

Adding to the chaos, Sylvia's brother, Vietnam veteran Willie Grisseljon, has a sixth sense for trouble. He races to the rescue with his worried father in tow. Toss in the familiar face of an FBI agent from back home and Sylvia is chin deep in crazy antics and a deadly mystery. It's one that a killer isn't about to let her solve.