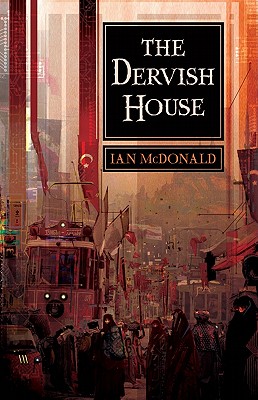 Here histories, empires, and continents meet and cross. It is the mid-twenty-first century and Turkey is a proud and powerful member of a European Union that runs from the Atlantic to Mt. Ararat.

In the sleepy Istanbul district of Eskikay stands the former whirling dervish house of Adem Dede. Six characters' lives revolve around it.

A RETIRED ECONOMIST from the Greek community is hired into a top-secret security think tank, but keeps a dark secret from another century.

A NINE-YEAR-OLD BOY, confined to a silent world by a heart condition where any sudden sound could kill him, becomes a reluctant detective.

A ROGUE TRADER sets up the deal of the century smuggling contraband gas but discovers it's only the tip of an iceberg of corporate fraud.

AN ART DEALER takes an offer she can't refuse -- a genuine legend of old Istanbul -- and finds herself swept up in ancient intrigues and rivalries.

A SLACKER finds his life forever changed after an act of urban terrorism gives him the ability to see djinn -- and they're just the start.

A YOUNG MARKETING GRADUATE has five days to save a family nanotechnology start-up with a new product that may just change the world.

Over the space of five days of an Istanbul heat wave, these lives weave a story of corporate wheeling and dealing, Islamic mysticism, political and economic intrigue, ancient Ottoman mysteries, a terrifying new terrorist threat, and a nanotechnology with the potential to transform every human on the planet. 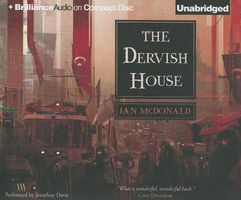