The Death of an Irish Sinner — Bartholomew Gill 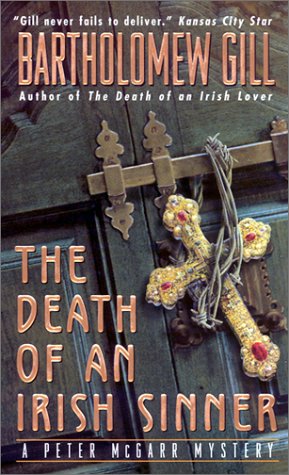 Share:
Local benefactress and celebrated biographer Mary-Jo Stanton is a supplicant to death -- left lifeless on her knees in a patch of daffodils, a barbaric religious implement wrapped tightly around her neck. A clergyman has approached Peter McGarr, requesting that the Chief Superintendent quietly investigate this outrage that occurred at Barbastro, the slain grand lady's compoundlike Dublin estate. Murder is McGarr's business, but this one might be his undoing, as it draws him ever-closer to Opus Dei. A secret order of religious zealots devoted to enforcing the Lord's edicts no matter what the cost in money -- or human life -- it has ensnared the dedicated policeman in its lethal web. And now its madness is reaching out across a century to touch the place Peter McGarr is most vulnerable: the precious heart of his own adored family.