The Custodian of Paradise — Wayne Johnston 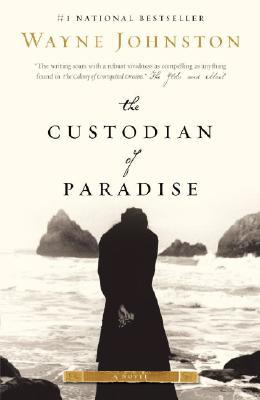 A story that unlocks two dark secrets: the narrator's paternity and the fate of her lost children.

In the waning days of World War II, Sheilagh Fielding makes her way to an island off the coast of Newfoundland, deserted except for some horses and a pack of wild dogs. But she comes to suspect another presence: that of a man known only as her Provider, who has shadowed her for twenty years, ever since she made a mysterious pilgrimage to her mother's home in New York City.

Against the backdrop of Newfoundland's history and landscape--so memorably evoked in Wayne Johnston's prose--Fielding is a compelling figure. Taller than most men and striking in spite of her crippled leg, she is both eloquent and subversively funny. Her newspaper columns exposing the foibles and hypocrisies of her native city, St. John's, have made many powerful enemies for her, chief among them the man who fathered her children--twins--when she was only fourteen. Only her Provider, however, knows all of Sheilagh Fielding's secrets.
Reviews from Goodreads.com