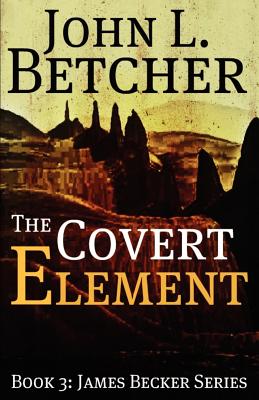 SILVER MEDALIST - 2011 and 2012 Readers Favorite Book Awards. "I loved this book, I couldn't put my Kindle down I can't wait to read more of this author's works. This book was so intriguing and suspenseful and best of all WELL WRITTEN." Amazon Review. "An intelligent thriller that weaves the echoes of recent events into a lively narrative. Plotted deftly, this is a recommended read for all who appreciate stories in the vein of Clancy and Flynn." Ryne D. Pearson, Best Selling Author of Simple Simon (aka the movie, Mercury Rising) "This is a well-plotted and exceptionally written and researched thriller. Betcher tells a convincing story and yet manages to keep the violence and coarse language to a minimum and thus ensures a wide and satisfied audience. All the players are brought together as Betcher builds momentum and suspense for a satisfying ending that will leave you entertained and excited for the next episode. The book stands alone well, but I dare you to read this one without needing to quickly purchase The Missing Element (book 1) and The 19th Element (book 2). Highly Recommended. READERS CHOICE REVIEWS. "This novel tells a complicated tale of revenge that comes to those who wait." Marty Dodge for Book Pleasures. "Follow the potential life of one Mexican-American individual who dedicated his life to eliminating the Drug Cartels. John Betcher's choice to use this character is intriguing, allowing us to see into the heart of many Mexicans who are just as concerned, and maybe even more so, about the influence of drugs in the United States and throughout the world. I commend John for this effort and look forward to future important books in this series. Highly recommended." GA Bixler for REVIEWERS ROUNDUP. _______________________________________________ Former military intelligence operative, James "Beck" Becker and his CIA code-cracking wife, Beth, have retired to Beck's hometown of Red Wing, Minnesota. Their retirement has already proven more exhilarating than they'd expected. But they could never have anticipated the new source of crime and intrigue in their small community. A Mexican drug cartel has set up shop a few miles down the road. And they're not just selling. The new meth production facility is the largest north of the Rio Grande. To complicate matters further, Terry "Bull" Red Feather's former comrade-in-arms has come to visit. And he's on a mission. His decades-long assault on the cartels is coming to a head. His plan is to blow up the drug plant . . . if he can find it. He wants Bull to help. The Beckers' challenge? To dismantle cartel operations before a full-blown drug war breaks out in Red Wing. THE COVERT ELEMENT has the characters you love, battling the cartels you'll learn to despise.
Reviews from Goodreads.com