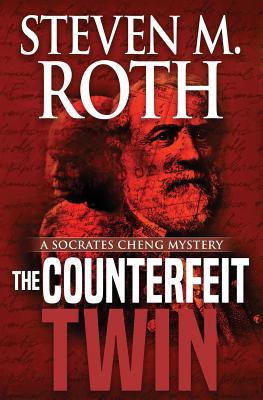 Share:
A SECRET WORTH KILLING FOR . . . . When Socrates Cheng is hired by a Civil War museum to investigate a burglary and to recover stolen documents, he comes face-to-face with the most perilous and controversial investigation of his career as he learns that the documents contain an explosive and deadly secret: that revered Confederate General Robert E. Lee was born a black slave who passed for white. Pressed hard by the museum to recover the documents before their incendiary content becomes public, and suspected by homicide cops of having committed murder in the course of his investigation, Socrates races to protect the museum’s most closely guarded secret and to establish his own innocence. The Counterfeit Twin marries the suspense of an intricate murder mystery with glimpses into Civil War history, southern plantation slave life, and the strange behavior of modern-day Civil War reenactors.