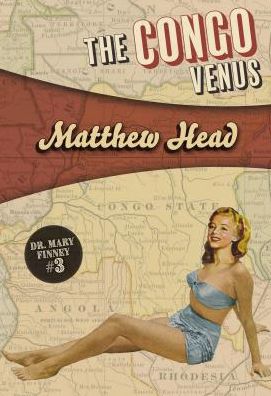 Share:
It doesn't take a lot to be the belle of the expat community in Leopoldville, a flyspeck in the Belgian Congo: A pulse and a pair of pumps will do the trick. Liliane Morelli brought rather more than that to the party, but it didn't help: She's still dead of what the doctor calls blackwater fever though any idiot could tell you that mosquitoes were not to blame. One way or another, Liliane was just a little too fatale for her own good. Enter Dr. Mary Finney, the Miss Marple of the missionary brigade. She doesn't do a lot of praying - or a lot of doctoring, come to that - but her sleuthing skills are top-notch. Peering and poking, sticking her sunburned nose where it doesn't belong, she soon discovers the sad truth: Lots of people wanted Liliane. But nobody seems to have liked her much. Originally published in 1950.