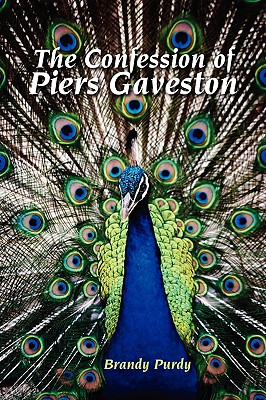 
The history books tell us that Piers Gaveston was many things: arrogant, ambitious, avaricious, flamboyant, extravagant, reckless, brave, and daring, indiscreet, handsome, witty, vivacious, vain, and peacock-proud, a soldier and champion jouster, the son of a condemned witch, who used witchcraft, his own wicked wiles, and forbidden sex to entice and enslave King Edward II, alienate him from his nobles and advisors, and keep him from the bed of his beautiful bride Isabelle. Edward's infatuation with Gaveston, and the deluge of riches he showered on him, nearly plunged England into civil war.
Now the object of that scandalous and legendary obsession tells his side of the story in "The Confession of Piers Gaveston"
"Mayhap even now, when I have only just begun, it is already too late to set the story straight. My infamy, I fear, is too well entrenched. Whenever they tell the story of Edward's reign I will always be the villain and Edward, the poor, weak-willed, pliant king who fell under my spell, the golden victim of a dark enchantment. There are two sides to every coin; but when the bards and chroniclers, the men who write the histories, tell this story, will anyone remember that?"