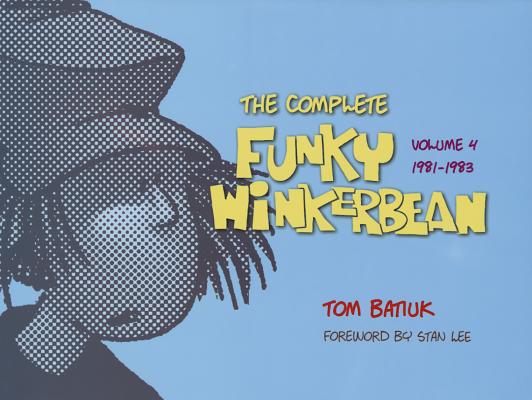 It was the best of times, it was the OK of times

In this fourth volume, award-winning cartoonist Tom Batiuk continues to chronicle the lives of the students and teachers at the fictitious Westview High School.
By the 1980s Batiuk's talent for character- and story-driven work comes into its own. Harry L. Dinkle, the World's Greatest Band Director and Funky's first breakout character, is still marching along happily. He makes the first of two visits to the Tournament of Roses Parade, and his ego grows even larger. Harry proves a good match for the sitcom style of writing into which Batiuk's work on Funky is developing, and Crazy Harry thrives as the repository for the more outré ideas and situations. Whether it is living in his locker and playing frozen pizzas on his stereo, battling the Eliminator at Space Invaders, announcing that he is an air guitar player, or inviting Carl Sagan and ET to the Star Trek Convention that he and the school computer would host, Crazy becomes Funky Winkerbean's natural-born outlier. Meanwhile, Les Moore continues his angst-filled journey as the leader of the school's out crowd. He's still at his machine-gun-fortified hall monitor's post, trying to avoid getting beaten up by Bull Bushka, and generally dealing with school life as best he can.
The strip-within-a-strip about John Darling and his bottom-of-the-ratings-barrel TV station, Channel One, which had spun off into its own strip called Darling, remains popular. And Batiuk introduces readers to a new character - the school mascot, a vest-wearing scapegoat that can speak its thoughts directly to the reader.
In the 1980s we begin to see hints of the change in tone that will come to characterize Funky Winkerbean's later years. Starting with the coach's heart attack and his reflections on life and relationships, then shifting to teacher Ann Randall and her job loss, these story arcs intertwine with others to mark the shift from a simpler sitcom mode to a more complex narrative with subplots.
Fans will enjoy each variety of comedy in Funky's subtle evolution from gags to situational humor to behavioral humor.
Reviews from Goodreads.com 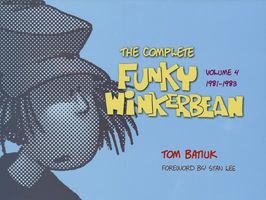 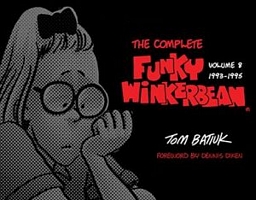