The Color of Summer — Reinaldo Arenas 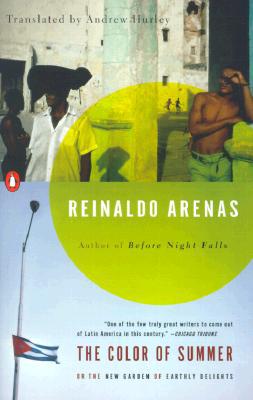 Share:
Critics worldwide have praised Reinaldo Arenas's writing. His extraordinary memoir, Before Night Falls, was named one of the fourteen "Best Books of 1993" by the editors of The New York Times Book Review and has now been made into a major motion picture.

The Color of Summer, Arenas's finest comic achievement, is also the fulfillment of his life's work, the Pentagonía, a five-volume cycle of novels he began writing in his early twenties. Although it is the penultimate installment in his "secret history of Cuba," it was, in fact, the last book Arenas wrote before his death in 1990. A Rabelaisian tale of survival by wits and wit, The Color of Summer is ultimately a powerful and passionate story about the triumph of the human spirit over the forces of political and sexual repression.