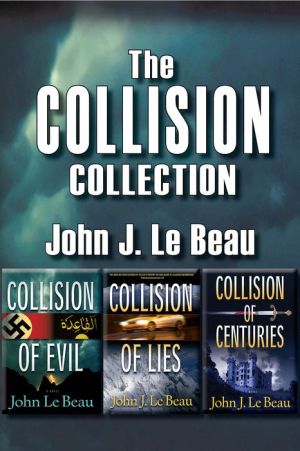 From former CIA operative John J. LeBeau The Collision Trilogy: CIA operative John Hirter and Kommissar Franz Waldbaer collaborate to defeat terrorism when it threatens the bucolic countryside of Bavaria. In Collision of Evil, vestiges of the Third Reich meet the Islamic terrorists of today head-on in the Alps; in Collision of Lies, a powerful multinational group conspires to provide Iran with nuclear weapons; and in Collision of Centuries, the bubonic plague—now in the hands of terrorists—threatens to plunge the world into the Dark Ages. All three are chilling, terrifying, and stunning international thrillers about deadly intentions with horrific consequences— and the unbridled heroism of two men, an American CIA agent and a German detective. These “Collision” espionage thrillers had to be cleared by both the CIA and the NSA.
Reviews from Goodreads.com